Skip to Content
Home Hot Properties Are Developers To Blame For Lack Of Available Property?
Matylda Nowak
Spread the love

There is no denying that many people are disillusioned with the property market in the United Kingdom these days. In the words of Theresa May, young people who are unable to purchase property have a “right to be angry”. There are many varied factors shaping the property market, but the Government has stated that developers need to carry some of the blame for the lack of affordable housing in the UK.

The Government has announced reforms to the planning rules and there is a belief in some quarters that developers hoard land at the moment. This has been labelled as a “perverse incentive” by the Government with the Prime Minister stating that developers need to “do their duty to Britain”. Some will argue that commercial companies don’t have a duty to the country, only to themselves, and if developers hold land and decide against building on it, this is their decision.

Developers don’t agree with the Government on housing

The Royal Institution of Chartered Surveyors, Rics, doesn’t agree with the Government’s stance and they believe that calling on developers to respond to these calls is an indication that the Government doesn’t understand the current property market. The Parliamentary Affairs Manager at Rics, Lewis Johnston, said that it would be better for the Government to empower councils to deliver affordable property as opposed to criticising the work of developers in the UK. 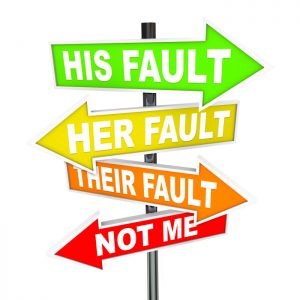 While some people may have expected the Government’s attack on private developers to harm their share price, this doesn’t appear to be the case with many leading firms experiencing a positive bounce after the announcements:
• Persimmon shares rose by 2.3%
• Barratt experienced an increase of 1.8%
• Taylor Wimpey shares rose by 1.3%
• Bovis shares increased by 5.2%
There were other factors involved with the increase enjoyed by Bovis, with their new boss purchasing shares, but with a variety of developers enjoying an increase in share prices, the industry clearly hasn’t suffered a set-back relating to the Government’s stance.

Developers are looking for assistance in the market

There has also been calls from leading developers for the Government to help them increase the speed of the planning our system. The Chief Executive of Barratt Developments, David Thomas, claims their company has increased their volumes by more than 50% in the past six years and that they are investing in significant volumes of land that they cannot afford to sit on. The company claims that they don’t have any site with full planning permission that they are not currently building on.
Given the level of consternation regarding the housing market, it is only natural that people in or related to the sector are keen to pass the blame on to others. There is a need for a concerted effort in the property market as opposed to working apart and sniping at other bodies or officials.
Whatever you are looking to do in the property market, it makes sense to call on the experts for support. You will find that Brixton Property Blog is always happy to offer guidance and assistance to our clients. If you have any questions about the local property market, come and speak to us and we will be happy to help.